The Main Street To The Mountains trail system in Bozeman has over 80 miles of trails in the city. There are trails that wind through Bozeman subdivisions great for running and biking, trails across ridgelines and trails that connect up to the mountain trail systems outside of Bozeman. The Gallatin Valley Land Trust and many volunteers have worked hard to expand and maintain these trails. 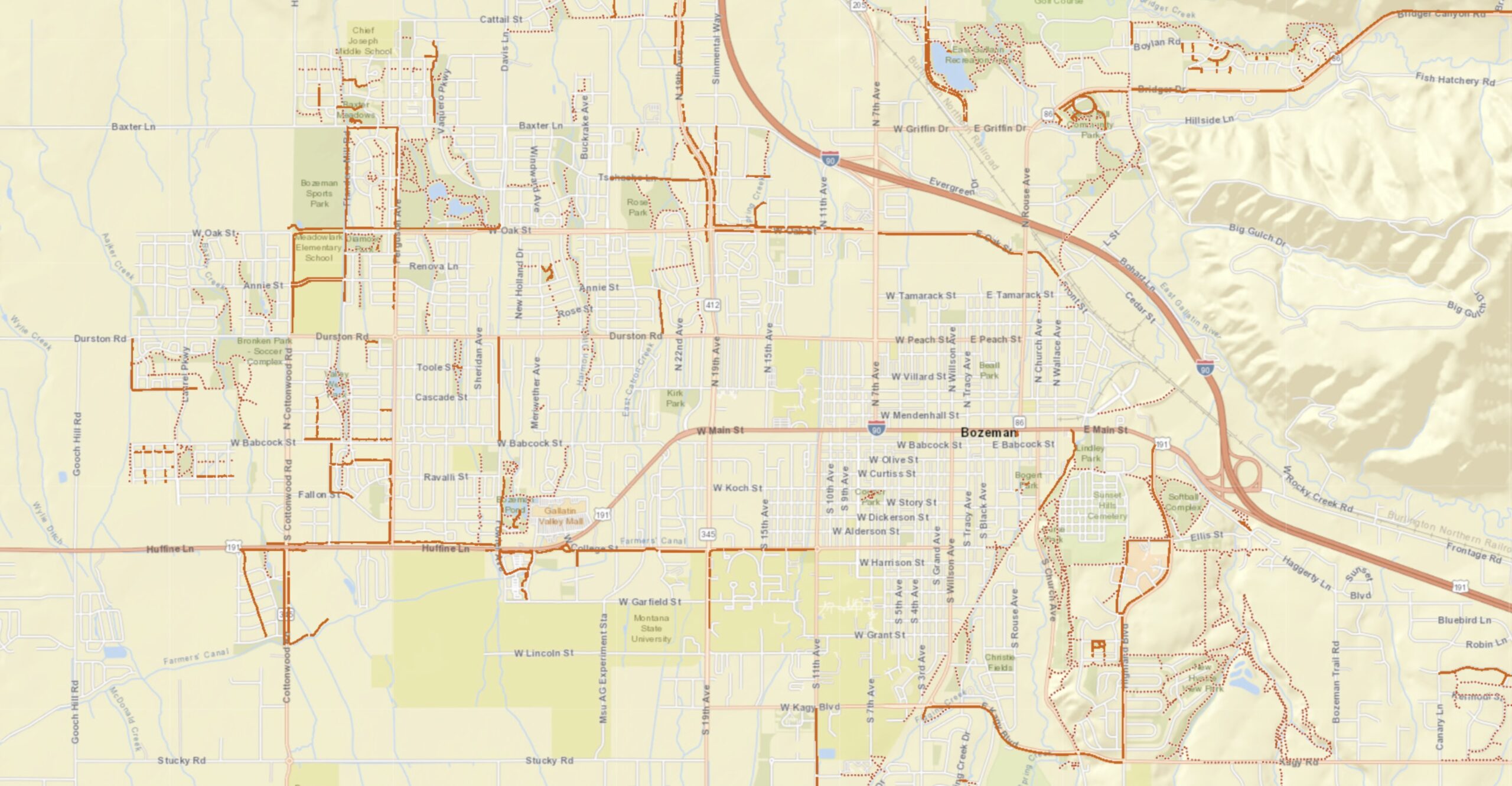 MAIN STREET TO THE MOUNTAINS TRAILS

M Trail is a 1.7 mile moderately trafficked loop trail. The Montana State University “M” is located at the mouth of Bridger Canyon on the south flanks of Baldy Mountain. The trail’s namesake “M” was created by MSU students in 1915. The 250-foot whitewashed rock “M” has three trails to access it. The right fork follows the ridge for a short and steep hike. The left fork switchbacks through a fir and juniper forest, making a more gradual ascent. The left fork is the beginning of the Bridger Mountains National Recreation Trail, a 21-mile ridge route following the contours of the Bridger Range to Fairy Lake. This hike to the “M” climbs up the steeper ridge route and descends through the forest via the switchbacks.

Drinking Horse Trail is a 2.2 mile moderately trafficked loop trail. The Drink Horse Mountain trail is quickly becoming one of the most popular trails in the Gallatin Valley. Climbing 700 feet from Bridger Creek to the 5,522 foot summit of Drinking Horse Mountain, the figure-eight loop trail offers scenic vistas in the Bozeman area and surrounding mountain ranges. There are two trails(one steeper, the other easier) that make a 3.5 mile loop.

Peets Hill is not only a popular spot to gaze out over the valley, but offers sledding in the winter and picture-perfect sunsets year-round. Peets Hill also makes a great jumping-off point, as it connects to the Gallagator, Sourdough, and Highland Glen trails. 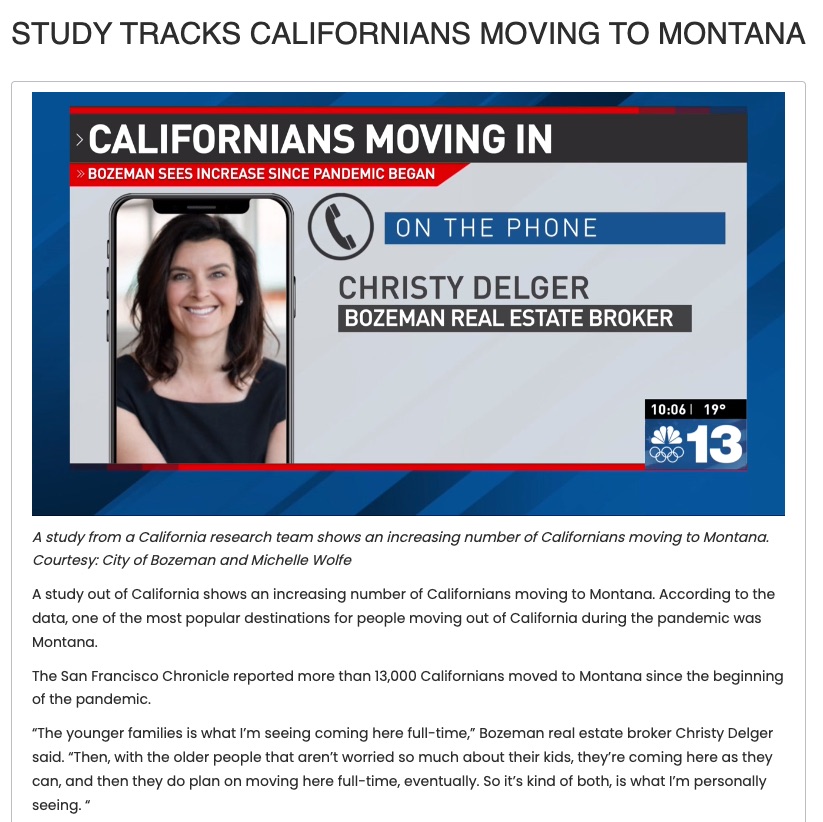 A study from a California research team shows an increasing number of Californians moving to Montana. Courtesy: City of Bozeman and Michelle Wolfe

The San Francisco Chronicle reported more than 13,000 Californians moved to Montana since the beginning of the pandemic.

Many real estate agents in Bozeman said the growing connectivity the Bozeman-Yellowstone International Airport offers is a big reason why more Californians are relocating to the area.

“It kind of happened simultaneously with the pandemic,” Delger said. “Where our airport got to the stage where especially California, because of the direct flights to San Francisco and L.A., Long Beach. It just became a more viable option to be able to continue to work in California but come here much more often and easier.”

People are fleeing urban areas for more space in the wake of the pandemic.

According to a report from the California Policy Lab, a research group from the University of California, more San Franciscans moved to Montana than to any other state during the pandemic.

“One question which we got a lot but can’t answer is the ‘why’ people are moving,” California Policy Lab director of communications and outreach Sean Coffey said. “The report was focused on the ‘what.’”

The report showed Bay Area residents are the largest group leaving California. After Montana, Utah is seeing the next highest migration. Between the two states, there’s a 140% increase of San Franciscans calling these Rocky Mountain states home.

“It’s the access to recreation,” Delger said. “When you’re in a more urban environment, things are getting shut down left and right, you come to a place like Bozeman and it’s still a playground, we still have rivers and lakes and mountains and skiing and all the activities that are perfect in a pandemic because they’re outside.”

Californians aren’t having to give up too much of what they loved about city life with Bozeman’s tech startups, the downtown atmosphere and Montana State University. Some Montana cities are offering the best of both worlds.

On the flip side, many Montanans selling their homes are leaving the area. According to local realtors, some Montanans are taking the profit and moving to more affordable places. 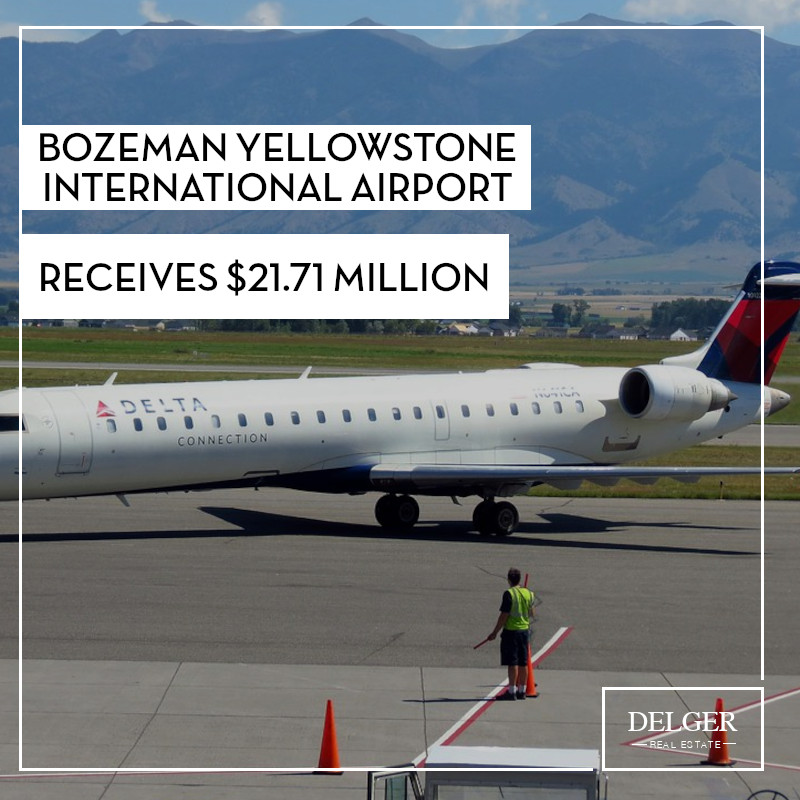 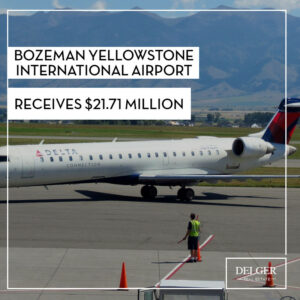 Bozeman Yellowstone International Airport will receive $21.71 million over a five year period as part of the Infrastructure Investment and Jobs Act. The money comes from the Federal Aviation Administration and is the first round of cash awarded to 69 Montana airports from the infrastructure package, according to Democratic Sen. Jon Tester’s office. The bill, which was signed into law on Nov. 15, 2021.

Bozeman Yellowstone International Airport Director Brian Sprenger said that the incoming money would help to move up projects from 2023 to this upcoming year. Sprenger said that general and business aviation ramps would be resurfaced with fresh asphalt, and that tie-down ramps at the airport would be expanded.Tie-down ramps are for the smaller, lightweight aircraft, like Cessnas, that could be blown by a strong wind.

“This is additional money which allows us to move up projects so we can accelerate things, which is great in our current growth environment,” Sprenger said. 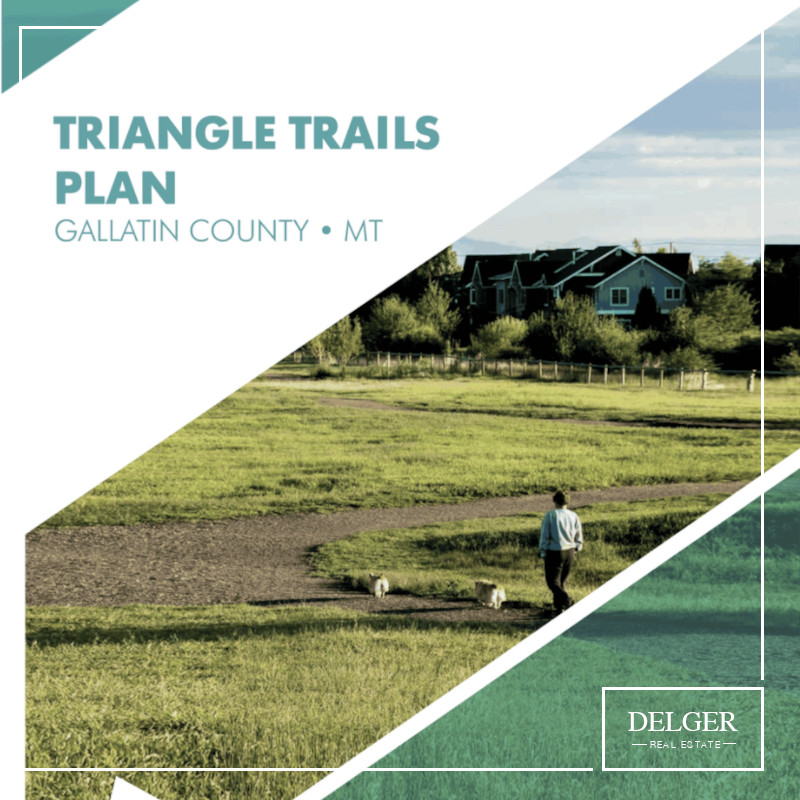 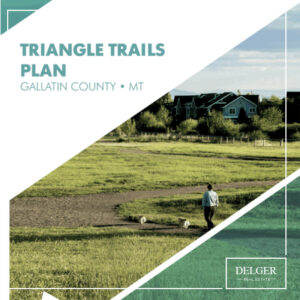 The Memorandum of Agreement identified issues around infrastructure, public safety, parks and trails, neighborhood design, and other land use concerns that would benefit from cooperative planning. 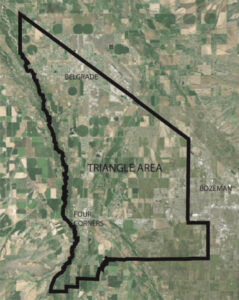 In 2019, the Planning Coordination Committee (PCC) developed the Triangle Community Plan to coordinate land use development patterns, deliver community services and infrastructure, and protect important environmental resources, all in a manner that supports community values and vision while responding to rapid growth pressures.

The Triangle Trails Plan will guide the development of non-motorized pedestrian and bicycle recreation and transportation infrastructure in future developments within the Triangle area. The communities of Belgrade and Bozeman have plans for trail connectivity, but the rapidly growing Triangle area of Gallatin County lacks a guiding document to ensure future trail development and connectivity. This plan serves as an extension and complement to the existing Belgrade Parks and Trails Master Plan and the soon-to-be-created and -adopted City of Bozeman Parks, Recreation, and Active Transportation Plan (PRAT).

The Triangle Trails Plan offers a robust, hierarchical approach to trail building, creating a network, interconnecting trails throughout the Triangle Area and providing a waypoint system similar to signs and mile markers along roads.